You are here: Home / BOOKS / Aleesah Darlison – from the Grocery Store to Published Author

Like many with a passion for literature, Aleesah Darlison feels she has always been a writer. And like many with the desire to write full time, life somehow got in the way.

At the age of 16, Aleesah won a national short story competition – a win that sparked the idea to become an author, yet after discouraging advice from many, she chose not to pursue this career – instead studying Commerce with a Marketing major.

“I moved to Sydney when I was 17,” Darlison told Australian Women Online. “Having grown up in the country, it was an eye-opener to say the least. My first job was as a check-out chick at Franklins. I was working 40 hours a week while still going to Uni. I’d never had so much money in my life and ended up putting myself through the last 18 months of my degree.”

Despite her long working hours and study, Darlison continued to write. “I’d write poetry and short stories by hand and my flatmate would type them up for me. Even when I started working in corporate marketing, my spare time was spent writing romance or historical novels. I guess writing was in my blood, but I didn’t believe in myself enough to commit to it properly.”

It wasn’t until Darlison left full time employment and became a full time mum that she began taking her writing more seriously. Dedicating her spare time to studying the craft, she soon realised her dream for writing full time was indeed possible.

“I thought, ‘Writing is something I can do from home. I can be a full time mum and an author. Piece of cake!’”

Writing seemed the perfect solution for Darlison because she could be at home and still be mentally stimulated – something she had struggled to find in housework and changing nappies.

“They get sent so many books, Jenny couldn’t keep up with the demand,” said Darlison. “She suggested I send some of my reviews to the books editor at the Herald and basically ‘try out’ for the job. Thankfully, the books editor liked my work so he took me on. Honestly, it’s one of the best jobs in the world for a book lover like me – I’m paid to read books, I can work in my own time and I get to keep the books I’m sent. “

This dream job quickly lead to more published articles – an interview with international best-selling author Kate Forsyth, an article on maternity fashions for Style and an article on Childhood Milestones for Get Ahead Kids, among others. But Darlison’s foray into children’s books began when she had children of her own… and things didn’t come easily.

“During the four-and-a-half years it took to get my first book on the shelves, I often wondered if I would ever get published. It’s very competitive out there and you can go for ages without getting even a small acceptance. But I stuck with it.”

Whilst reviewing books, Darlison was also writing children’s stories around the clock.

“I really took it seriously. I wrote loads of stories across various age groups. I wrote story after story and sent them off to magazines and competitions. During this time, I noticed a new publisher on the market called Wombat Books. I researched them and found out they had published an echidna book in the past. That, plus their name Wombat Books, made me think that surely they loved Australian animals and surely they would want to publish my echidna book, too. Well, I hoped they would, anyway!” laughed the author.

Within about ten days of submitting Puggle’s Problem, Rochelle Manners, the owner and publisher at Wombat Books, contacted Darlison to say she wanted to make a picture book out of her story.

“I was so excited! Everything after that happened very quickly and it was only 11 months later that I was actually holding my first ever picture book in my hands.”

Around about the same time, Darlison’s career started to snowball. Along with published articles, she was winning or placing in writing competitions.

“I’ve always been big on entering writing competitions and submitting short stories to magazines. It’s a great way to practice your writing, to build up writing credits for your CV and also to test how good your writing is. So, I knew my writing was definitely improving – I just had to get publishers to agree.”

When Darlison’s short story series about identical twins was shortlisted in a competition, the author knew she was on a winner. After approaching publisher Sophia Whitfield at New Frontier, Darlison offered up her work after learning the publisher was looking for a series for girls.

“I guess when a publisher knows they like something, they go for it straight away,” said Darlison of her fast manuscript acceptance. “Because I’ve had several manuscript acceptances and some of those acceptances have been for series, it means I have a good pipeline of books coming out over the next few years. By 2012, I should have about 13 books out, hopefully more if some of my latest submissions go my way.”

Although talent and hard work are vital for such success, Darlison says her experience in the world of marketing has been a huge boon to her writing career.

“An author has to work to establish and promote themselves because no one else will do it for you. Lately I’ve spent more time marketing my recently-released books than writing new ones. I’ve written marketing plans and promotional strategies and spent hours on end putting those plans into place.”

Darlison’s hard work has certainly paid off. The author is putting out an astounding three new books this year – the first was a picture book, Puggle’s Problem (Wombat Books), which was released in July and has touched the hearts of kids all over Australia.

“It’s a story about a puggle, a baby echidna, who can’t get his spines. In essence, it’s a tale about patience and perseverance – and a rather cute puggle.”

The author has also just released the first in a new series of junior fiction for girls – Totally Twins: Musical Mayhem (New Frontier). The series is aimed at girls aged 7+ and the second book, Model Mania, comes out in November.

“The series is about identical twins, Persephone and Portia Pinchgut. The twins look the same on the outside but are very different on the inside – which is where the fun and the drama starts!”

With three children aged 7 and under, Darlison continues to juggle motherhood with career, and now that her career is taking off, she says the juggling will only get harder.

“I’m not just at home writing, I actually have to go out to promote my books, which involves a lot of travel. In November alone, I’ll be in Brisbane, Tasmania and Taree.  Next year, I’ve already got a trip planned to Hong Kong where I’m appearing at an international writer’s festival, and also the Sunshine Coast and Brisbane.”

Darlison says she misses her kids terribly when she’s away, but she knows this is the price she must pay for securing a solid future in her career – a career she is intensely passionate about. For this juggling mum/author, success is all about perseverance, persistence and loads of hard work, and this inspiring writer is well-prepared to soar even higher.

“I have a six book series being released in 2011 plus a picture book or two coming out. There will be more promoting of the books I currently have and hopefully… more time to write.”

From the grocery store check-out to the Hong Kong International Literary Festival… there’s no doubt this clever and dedicated woman will find that writing time.

Learn more about Darlison and her books at: www.aleesahdarlison.com. 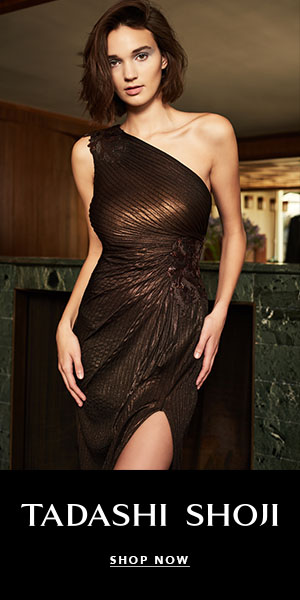