You are here: Home / BUSINESS / Rachel Kayrooz: one woman can make a difference

Rachel Kayrooz, is the founder and CEO of Shout! Speak Out, a non-profit organisation for women and child survivors of domestic violence. Rachel is also in demand as a key note speaker on domestic violence and single mother’s in the workforce, and earlier this year she received an Australia Day Achievement Award for her work with women and children.

At 30, Rachel Kayrooz has achieved more in her young life than most people will achieve in a whole life time. What she has achieved is even more amazing when you consider that just a few short years ago, Rachel and her daughter were fighting to survive in a domestic violence situation.

I asked Rachel to tell us how she got started after such a harrowing experience?

“I contacted Amnesty [International] and volunteered my time to distribute white ribbons for White Ribbon Day in November 2005. Instead, I was invited to address a large crowd at the Amnesty Forum at Parliament House in May 2006.”

“The Forum became “Rachel’s Story” where I shared my experience and what action needs to be taken by government, community groups, etc. for the prevention and awareness of domestic violence. The attendees were from Police, government, media and domestic violence organisations, with some highly respected speakers on the discussion panel.”

“Shout! Speak Out has been self-funded since its beginnings and is currently in the process of becoming a non-profit organisation. This lengthy and costly process was more than I expected, but that hasn’t discouraged me. It has involved selecting a management committee, completing a constitution and lots of late nights! As it is a subject so close to home, it has been a hugely emotional journey.”

“I have a fantastic accountant on board and some mentors in both the non profit organisation and corporate networks. These people are indispensable when setting up an organisation.”

“Part of my decision on making Shout! Speak Out a non-profit organisation is so that our members can be involved in the fund-raising events and the growth of the organisation, and because I am passionate about having a charity as part of what we do, with a focus on granting wishes for child survivors of domestic violence.”

Could you explain what your organisation does?

“Shout! is for the prevention and awareness of domestic violence, healthy relationships and self esteem through education. This ranges from corporate to community groups, and school groups to other domestic violence organisation events.”

“I have consulted on proposed changes to domestic violence legislation. I have conducted numerous interviews with print and radio media, and contributed to articles on the topic of domestic violence and how it affects the workplace.”

“Shout! also conducts global research and has a global network of contacts with both domestic violence organisations and individual survivors who are making an impact.”

You mentioned to me that the website will be launched soon. Are there any other new developments on the horizon?

“Shout! will be holding a high profile event every May for domestic and family violence prevention month, as well as being active in our supporting role with the Amnesty Women’s Network and the CEO Challenge for White Ribbon Day in November each year.”

On Monday night [19 November 2007] I addressed the “who’s who” of the Brisbane Corporate sector at the White Ribbon Day CEO Challenge cocktail event. It was a hugely successful night featuring Andrew O’Keefe as MC and James Morrison and his band!”

There are many upcoming speaking engagements for 2008 and I plan to address high school students on a national level.

I am excited about the website which is currently open for tender. Keep an eye out down the track for fundraising products which can be purchased online. I’m passionate about the launch of the charity (watch this space) and have my eye on the patron for Shout! who is a high profile Australian.”

Rachel and her team at Shout! are also in discussions with TV producers to schedule some TV appearances in the not too distant future.

Rachel is also excited about the prospect of running empowering workshops for women:

The workshops won’t focus on a “victim mentality” but rather on self appreciation, self love and self discovery. The two-day workshops are not just for survivors of domestic violence, but for any women who may be experiencing relationship break-ups, life changes and low self-esteem. For the two days, these women won’t be mothers or bosses or ex-wives – just themselves – and there won’t be any expectations placed on them.”

What advice do you have for women just starting out in business?

“Do something you are passionate about and live your dreams. Only dream big, but accept that it will take small steps to get there.”

“Be independent. I have many friends who are also single working mums fulfilling their dreams and whilst a relationship may be welcome, this is our time to focus on ourselves, our children and setting ourselves up financially.”

“Surround yourself with positive, successful people and never feel out of your depth. Everyone who is where you want to get to, once started out where you are right now. Don’t be hesitant in networking within your industry and building those relationships.”

“Doesn’t matter where you’ve come from, or what you’ve been through, we all have the same ability to succeed. This is your life and don’t ever give control of it to anyone.”

“Know that setbacks are only temporary and it is up to you to change your circumstances and yes, one person can make change in the world!”

In her work with women and child survivors of domestic violence, Rachel draws heavily upon her own experience of domestic violence and how it affected herself and her 3 year old daughter Faith, as well as her time employed at the Brisbane Domestic Violence Advocacy Service, who Rachel says “do an awesome job”. Rachel’s future plans include studying for a counselling degree when she can fit the demands of studying for a tertiary qualification, in her busy schedule.

When she isn’t working, Rachel enjoys spending time with her daughter Faith:

“She is my inspiration. We love going to the park, beach, theme parks and catching up with our friends. Our favourite past time would have to be shopping and having a cino together. We always have one DVD night together each week and she does dance twice a week. I am so proud of who she has become and what she has achieved!”

Rachel also goes to the gym 3 times a week with her best friend:

“That’s my time out from the world and gives my body the chance to de-stress and allows me to approach my next challenge with a clear mind. I suffered many long term injuries as a result of the abuse, so the gym is helping me to strengthen my body again.”

Rachel also enjoys reading, writing lyrics and singing (opera/classical) at the occasional function. “The last was a fundraising event for breast cancer which my mum is currently beating.”

Every day Rachel Kayrooz demonstrates how one person can make a difference. I would like to thank Rachel Kayrooz for taking time out of her busy schedule to share her story with Australian Women Online.

On a personal note, I recently had a conversation with my own mother about Rachel and her organisation, Shout! Speak Out. My mum experienced domestic violence at the hands of my father in the 1960’s up to the mid-1970’s. My mum said to me: “I wish there were organisations like that around when we were going through it [domestic violence]”.

I would like to thank Rachel Kayrooz and all the other women and men who work so hard to raise awareness of domestic violence, and to improve the quality of the lives of those affected by domestic violence in our society. 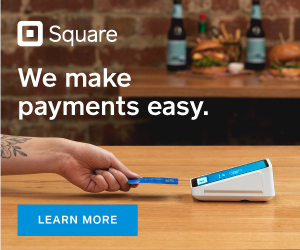